Over the years we have had a connection with celebrities.  It might have been on a trip to Hollywood, and seen one or two of them in the grocery store or restaurant.  It could be a home town celebrity we have known.  Many different things makes people well known.

The first home I lived in was in the city of St. Louis on Lafayette Avenue.  It was a duplex, and a lovely neighborhood back in the day.  The last time I drove past the place, it was boarded up along with many other homes on the street.  It’s kind of sad to see these building go the waste.  When I was a child, my mother subscribed to “Life Magazine” and one of 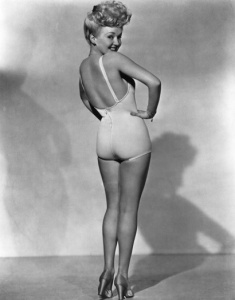 the issues was about Betty Grable.  Is that name familiar with you?  She was an actress and model who starred in 42 movies in the 30’s and 40’s.  She was a “Pinup Girl” for many of the service men during World War 2.  Her legs were insured for $1,000,000 by Lloyds of London.  In the article in “Life Magazine,” it stated that she was from St. Louis, Missouri, of which they listed her home address, and, lo and behold, it was the address of the first home where I lived.  We never met her, but we lived in the same rooms that she had once lived.

Another celebrity was a local boy from Alton, Illinois.  He was known as the “Alton 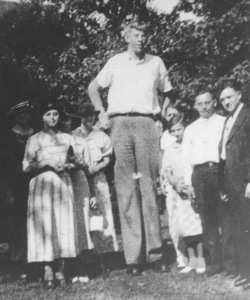 Giant.”  He stood 8 ft. 11.1 inches tall and weighted 439 lbs.  He died at age 22 from a foot infection.  He was the tallest man in recorded history.  My mom was raised in Granite City, Illinois, which was about 20 miles away from where Wadlow lived.  Wadlow became famous after he did a tour with the Ringling Brothers Circus.  Although my mother didn’t know him personally, Robert Wadlow, would come out of his home to welcome anyone who came to see him.  It was a different day back then, and people would go to see someone who was considered unusual.  Here is a photo of my mom and some of her family and friends who came to meet Wadlow. When he died, 40,000 attended at his funeral.  I assume my mom was one of those folks, since I have an original copy of his funeral program.  There are also a couple photos below that I found on the internet.  I was really impressed of the one of him with Shaq O’Neal.  He makes Shaq look small.

I had not met either of these celebrities.  I did have the opportunity to meet one of the British Royal Family.  I worked for GKN Aerospace from 2001 until 2007.  This is a British company that can trace its origin back to 1767.  The company has a fascinating history that I used to share with new employees as part of their new hire orientation.  The company started as iron mines, then steel, moved on to producing metal fasteners, then automobile parts, and then airplane parts.  The company grew from the early 1800’s by acquisitions (and you thought that was a new concept), and was even run by a woman, Lady Charlotte Guest, in the mid 1800’s when she took over at her husband’s death.  The whole history and timeline of this company is a totally interesting story, and one I loved sharing with new employees.

In October of 2003, Prince Andrew came to visit GKN.  From 2001 until 2011, his was the United Kingdom’s Special Representative for International Trade and Investment,  working for UK Trade & Investment, part of the Department for Business, Innovation and Skills.  Therefore, as part of his responsibilities, he traveled to St. Louis to see the 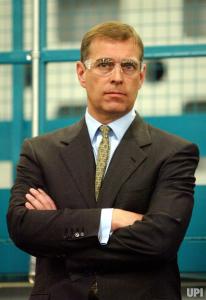 operations of GKN Aerospace.  The day before his arrival, several of us found out we would actually be meeting him.  We went through instructions on how to behave before a Royal.  The most I remember was to never shake hands with a Royal, and only speak to him, if spoken to.  It was kind of an artificial meetup.  We were in a large hallway, where about a dozen of us were waiting for his arrival.  Prince Andrew came through with his entourage, which consisted of some big guys who we would call “secret service agents,” and a few of the company executives.  I was in the first row of about two rows of employees.  He walked over to where we stood, looked directly at me, and asked what function I served at GKN.  The business woman in me automatically put out my hand, and immediately I realized that was a no-no, and I quickly moved my hand down to my side, and I answered his question.  He chatted with a few other folks.  Two of the employees were young professionals from the UK, and upon him addressing them, they curtsied, and they addressed him in a formal manner as a subject of the crown would, although I do not remember exactly what they said.  It was an interesting and awkward moment, but I can say I definitely met an internationally famous person.  This photo of him is from an actual press release about his visit to GKN in St. Louis.

Actually, none of these encounters are terribly exciting.  Each of them are just human beings who happened, because of birth, medical abnormalities, or a chance to be beautiful and famous, made them celebrities.  It is kind of fun to say we had some connection to famous people, but in real life, these are not important people.  To me, important people are the everyday people who have gone through life, struggled, and overcome.  Those are the celebrities who I care about.

What famous person have you seen or met?  Was it what you expected? 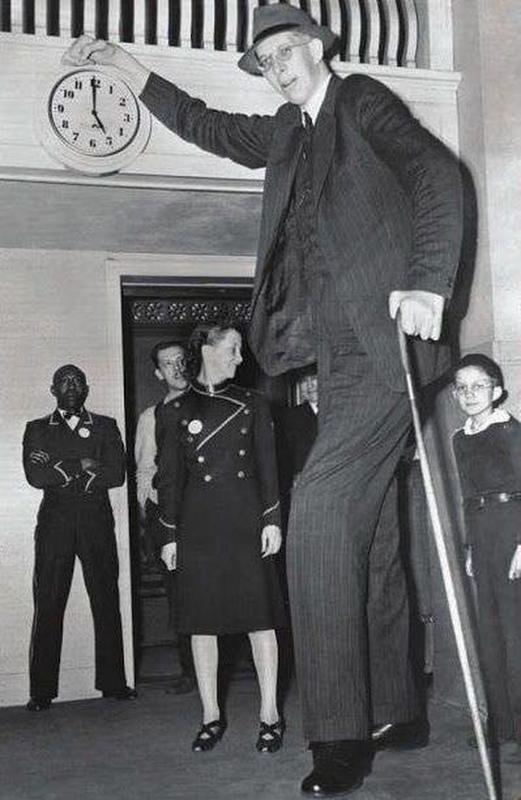