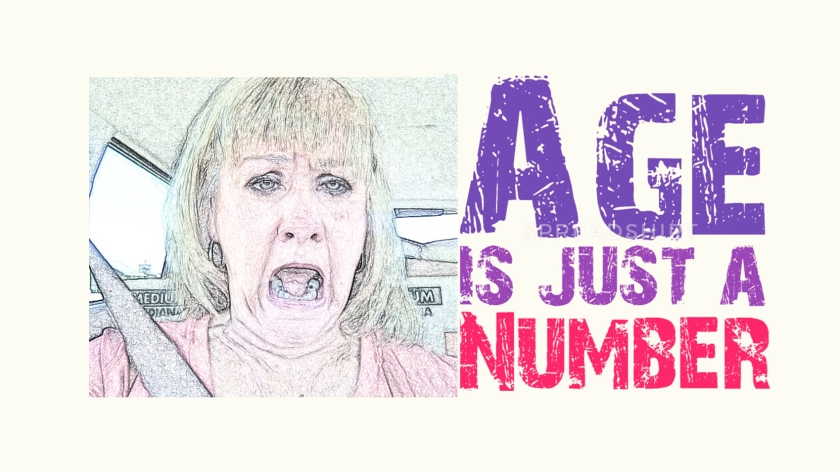 Aging!  Who would ever have thought?  I never in my life thought about aging, but lately, it’s really hitting me.  When I was born in at the end of 1948, neither of my grandmothers were even 50 years old.  They were born in January and March of 1900.  It was always easy to know my grandmothers’ ages because whatever the last two numbers of the year it was, that was their age was their age.  One passed away at 90 years old, the other at 91. They were my “old” grandmothers.  I kind of have to laugh at that now.  Both of them were almost 49 years old when I was born.  I thought these two women were ancient!  I look at photos of them, and I still think they were ancient for their ages.

Age is relative, I know.  My grandmothers were both immigrants to the United States.  My dad’s mom was almost 30 years old when she arrived, and my mom’s mother was only ten.  Maybe that is why they seemed so old to me—they had hard lives as immigrants.

Next month I will be 72 years old.  It kind of has me blown away.  I never felt bothered about hitting the milestone birthdays—when I get more into the decade of those milestones do those numbers get to me.

Seventy-two?  When I was a child I dreamt of being a grown-up.  I never dreamed of being a senior citizen. I dreamt of being a mother–never even thought about being a grandmother.  I find it hard to believe I have been retired for so long.  I loved my work in Human Resources.  I think I could do it today—then reality hits me—I don’t know what laws have changed since I left in 2013.  I was really good with compliance issues because I was always up to date on the federal and state laws that my profession had to follow.  I was an expert at benefits (health insurance and pension plans).  Most companies have eliminated pension plans, and the health insurance world was turned upside down in the last decade.  I have no idea what the new rules are.

That’s when it hits me that I must be old.  I am out of touch with the working world.  I couldn’t fill out a resume and get a job interview if I wanted one.  The working world has passed me by.  On the other hand, I have happily passed it up for new and great adventures that I could never have working full time.

My body tells me that I am aging.  That is what really gets to me.  If I sit too long, when I stand up, it takes a second for all the muscles and bones to get the message from my brain it is time to walk, and to do so without a bit of stiffness.  Then after a couple steps, I am good, but those first couple steps always take me by surprise.

I cannot complain.  I am almost 72 years old, and really have no health problems that require a multitude of prescription bottles.  In fact, the only prescriptions I have are for my dry eyes, and for occasional acid reflux.  That’s it.  Knock on wood!

Time marches on and it waits for no one.  I am aging.  I told Dennis the other day that if something happened to me, the newspaper headline would say “an elderly woman was . . . .”  I  have read that in the newspaper about people who were in their 60’s, but I’m in my 70’s, so I know what the headline is going to say.

It is stunning to me to think that I am in the autumn of my life—maybe even the winter.  I have had a good life.  There have been some pot holes along the way (some really bad ones that almost took me out), but on the whole I have had a wonderful life.  I have great relatives.  I love the fact that over the years I have gotten to know so many of my cousins on a deeper level.  I feel blessed to have come from such a large family that has connected so well together—even with ones I didn’t know in my youth. I have become friends with many with whom I attended high school–the most of these friendships in the last 20 years because of reunions. My life is full and rich.

I have four adult sons, with wives and families.  They are all doing their thing, and I just watch from afar.  It just seems so odd that I am the matriarch of the family!  Ha!  I like that—it sounds so official.  It sounds like I should be ruling over something or someone—well, not in this family!  Nor do I want to do that.  I am grateful that they are functioning adults, with their own special sets of problems that they as adults have to resolve.  Oh, and my grandkids.  I love those kids—but most of them are not even kids anymore.  They are young adults.  Where has the time gone?

I guess it will be until my dying day that I will find it odd to be one of the “elderly.”  That is not where my brain is.  Hopefully, even if my body one day wants to start giving out, I hope my brain will still be the young person that I feel.  I hope that my mind will be sharp for a long time—where I can “get the joke” or even “make the joke.”  In the meantime, I will continue hiking four miles on a mountain, reading, writing, sewing, and connecting with people.

I have gained wisdom over these years.  Sometimes we look at young people, and shake our heads, thinking why don’t they get it?  Why don’t they know what they are doing?  Then I remember that I was no better, and probably worse.  I am sure my parents, aunts and uncles, grandparents shook their heads when they watched me in my youth.

It still will feel odd to me as the birthdays come and go.  My sister and I are the only two left from our primary family, both parents and one sister gone.  One day we will be gone, and our kids will be the elderly ones.  Do you think it will come as much as a surprise to them as it has to me?