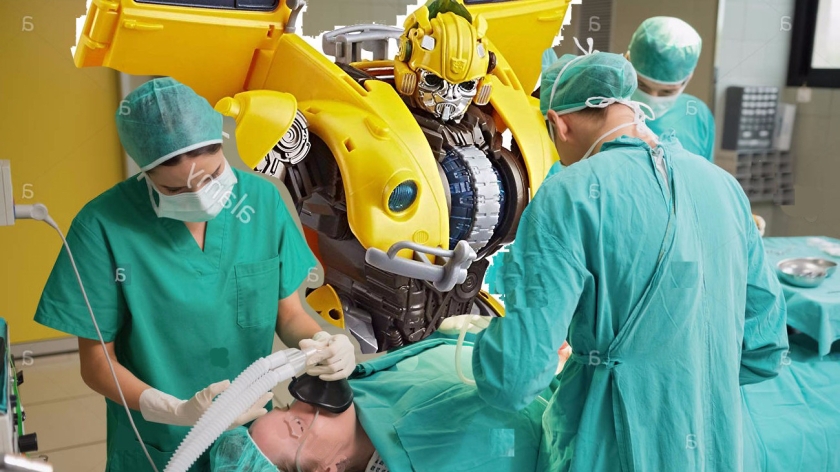 Two days ago I had surgery.  It was planned.  Everyone asks me what kind of surgery I was having, and if I told them, they didn’t know what to say.  Let’s just say that I had surgery on the very end of my digestive system.  Our digestives system, I have learned over the years, is a very unique structure that starts at your mouth when you eat, and ends down at your bottom when you remove waste, which is a requirement for all of us.  But when things get slightly out of place, there can be problems that are uncomfortable. My primary care doctor referred me to an gastroenterologist, who referred me to a surgeon.  I would think that if one were repairing the final end of the digestive system, one would make the surgical incisions there.  Not true.  Thus, sitting is not a problem at all.

My surgery was done by a robot, and it was done abdominally. Yeah, pretty crazy, huh?  I have decided that these surgeons were hooked to their video games as a kid, playing Pacman, Frogger, and Pong.  They got more and more sophisticated, and finally decided to invent a robot to do surgery so they could still be at their game console. 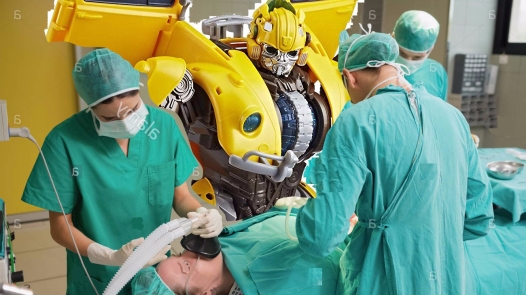 Let me describe this robot to you.  It is called the Da Vinci Robot.  It is not like a transformer—but just think what that would look like!  A car would drive into the operating room, and then magically turn into a giant human shaped robot that would perform surgery. Well, that’s not what this is like. 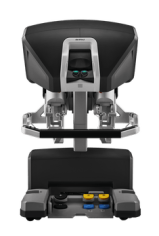 The Da Vinci system is made of up three components.  First there is the “Surgeon Console” which is the doctor’s Atari, Xbox, or Gameboy for grown up doctors.  The doctor actually sits as this console, has a 3D image, and does his magic from there.  The “Surgeon Console” is where the surgeon sits during the procedure, has a close-up 3D view of the anatomy, and controls the instruments. The instruments are “wristed” and move like a human hand, but with a far greater range of motion.

The “Vision Cart” makes communication between the components of the system possible and supports the latest 3D high-definition vision system. It’s like a big, giant computer processor for video.

The doctor’s assistant, usually his well-trained nurse, is doing whatever they do (I realized I don’t know what they really do) at the 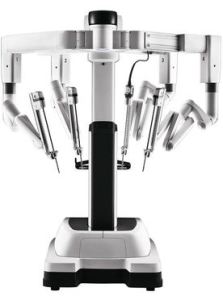 patient’s side with  the next piece of equipment called the “Patient Cart.”  The patient-side cart is positioned near the patient who is on the operating table.  These are the surgical instruments, and the instruments on this “Patient Cart” move during the operation in real time in response to the surgeon’s hand movements at the “Surgeon Console.”

This patient-side cart is the part of the robot that is in the body.  I have five small incisions in my torso. These robotic arms go into these small incisions, similar to laparoscopic surgery.  One of the arms has the high definition 3D camera,  the other arms move body parts out of the way and also perform the procedure, such as cutting or suturing. It can handle the smallest of surgical procedures.  There is a Youtube video that show it cutting off the skin of a grape and resuturing it back on. 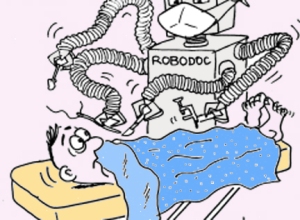 In my case, I have a few scars on my torso.  The first one is my appendectomy scar from when I was 6 years old. I don’t think laparoscopic surgery was not even a dream back in 1954.  I remember being told I had a six (6) inch incision.  That is a long incision for a little girl, but I had an appendix about to burst that was pretty much wrapped around me.  The other large scar I have is from my ectopic (tubal) pregnancy in 1979.  Not knowing what could be my problem, but knowing I was hemorrhaging, my doctor did an exploratory surgery where he cut me from the breast bone to the pubic bone, to go in and look at everything internally to determine what was wrong. 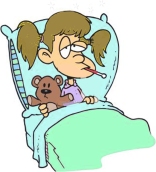 to normal daily activities.  In my case, I was home about 30 hours from the time my surgery was completed.  Yes, I do have some pain.  I mean there are 5 keyhole incisions in my abdomen.  Things have been moved around internally, and I am sure that also is what is hurting.  I will be on pain pills for a few days.  My son and daughter-in-law are coming in town today, and they wanted us to go to dinner with them.  I told them I wasn’t sure I would be up for that.  I mentioned it to my doctor, and his reply was if I feel up to it, go have dinner.  Wow!  I’m taking it easy today so I can join them for dinner out.

I do have restrictions such as lifting and driving.  My sweet husband helps me get dressed because right now bending painful.  I figure in a week or two I will be back pretty much to normal.  It is amazing what medical technology has done to make our lives just a bit more easier when having surgery.